Many of us have seen the 2000 film The Perfect Storm. In essence, it told of three major weather systems colliding and creating the most horrible storm. The movie tells of a commercial fishing boat whose captain and crew tried to do the impossible and weather the storm. 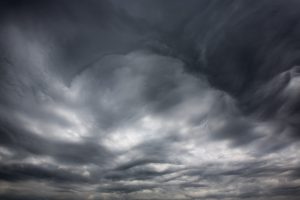 In a similar fashion, America in 2020 is experiencing the perfect storm. We started the year heading into the most polarizing and heated presidential election year of our history. Both sides relentlessly bashing the opposition. Every day there are countless articles, and social media postings criticizing the opposing political views. The 2020 political storm alone would make 2020 tumultuous and would leave many “wounds” to our citizens.

But another storm emerged. The coronavirus appeared and spread around the globe. For many Americans, an all-consuming fear gripped them. Others believed COVID-19 to be an exaggerated farce. Putting aside personal views, the reality is that there is a ripple effect caused by government shut downs where many businesses failed or have struggled to survive.

Unemployment swelled and a long term recession appears likely. In the June 12, 2020 edition of The Week magazine, one article is titled “Forecasts: Decade Needed for Recovery.” This virus will have a long term impact on the fabric of our society, create new norms for how we live and work, and a seismic impact on the economy. And yes, this second storm only added to the political nightmare rhetoric.

And then came the abhorrent killing of George Floyd by a police officer. Riots erupted. There have been peaceful constructive protects, but unfortunately many also included physical harm to more members of society and tremendous damage to property and businesses. Polarizing commentaries were seen throughout the land. This third storm of lingering racism in America is no less damaging than the other two and has led to greater political divisiveness.

In early June, NBC News and the Wall Street Journal conducted a poll. The results showed that 80% of Americans believe the country is spiraling out of control.  Why do we believe this?  The “whys” are varied and plentiful. I believe one of the main problems is our unwillingness to listen to opposing views and talk constructively between us. At the core there is a basic lack of respect.

As one journalist at the New York Times stated, “…newsrooms, college campuses, and society at large shouldn’t live in fear of difficult conversations.” The year 2020 reveals just how far we have moved from constructive debate and respect for opposing views. In previous generations respectful discourse was the norm. Now it is virtually impossible to find.

My father-in-law uses the phrase, “It is A and B.” Most of my views are different than my father-in-law, but he has taught me that many times there is some kernel (if not more) of truth and wisdom in most perspectives. There is tremendous wisdom for someone to acknowledge they don’t have all of the answers and to admit they may be wrong.

I would like to propose three attributes that, if applied, could move us farther down the path of greatness in America:

All of this takes humility on the part of all Americans. Can we be slow to make judgements about others and instead patiently listen to those with opposing views? Can we disagree and still be unified as a country? In diversity can we be unified? Are we willing to consider opposing views instead of only hearing our views told repeatedly on our favorite sources of media?

These are very challenging times for America. It has been the 2020 Perfect Storm. But I believe we can rise above these serious storms and America will be better for it. In the end, all of us have a choice.

Can we humble ourselves enough to unify despite our diversity, or will America perish like the fishermen in The Perfect Storm?

At Acquisition Consultants, we believe we can survive. We not only want to invest in commercial real estate, we want to invest in our culture. Please join us in the quest to see America weather these storms and, unlike the fishing boat in The Perfect Storm, rise to these challenges, defeat them, and become a better America on the other side.

You have already added 0 property
Compare